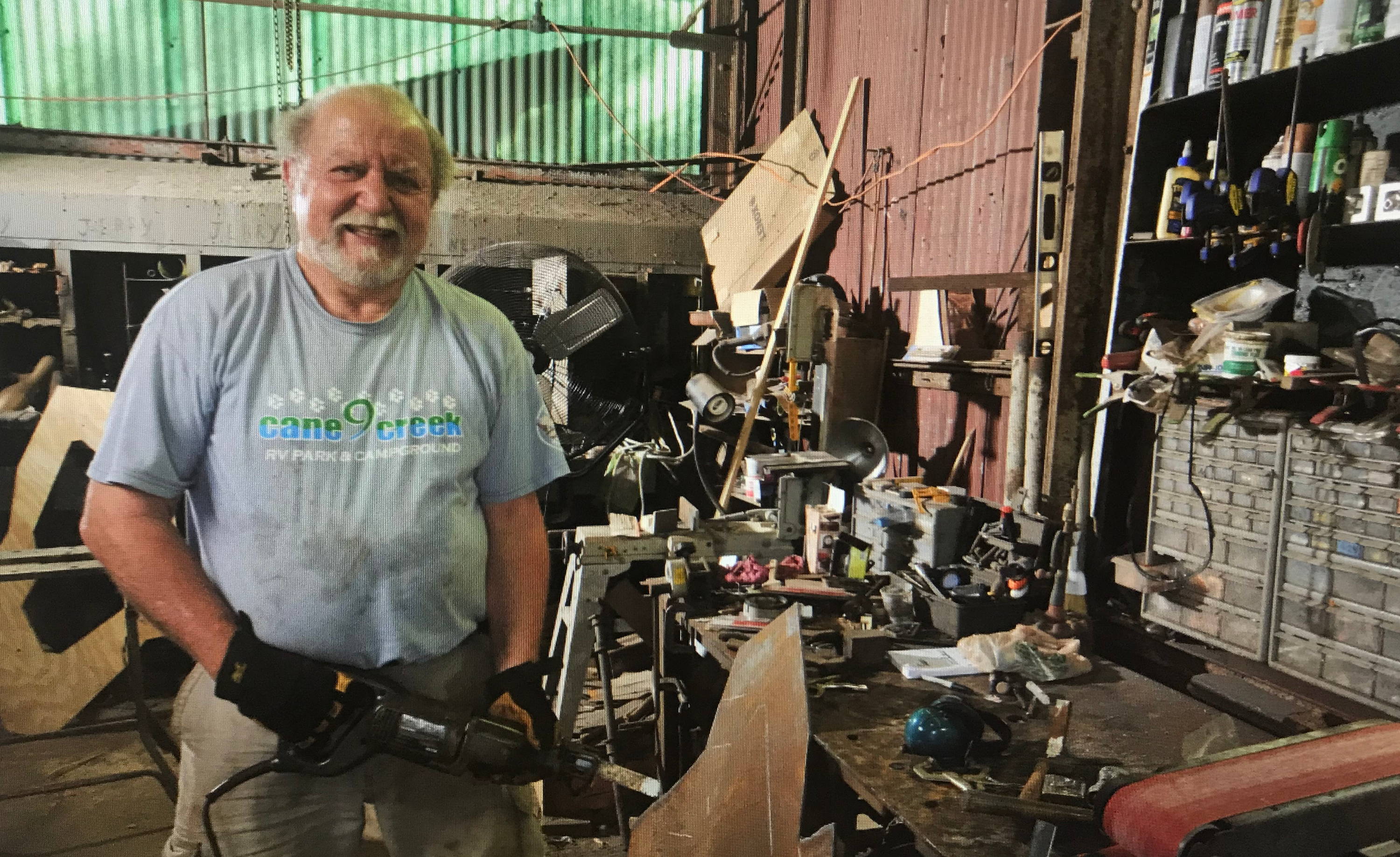 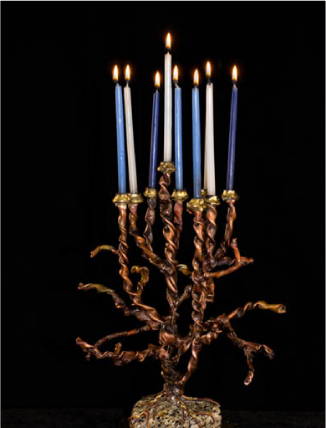 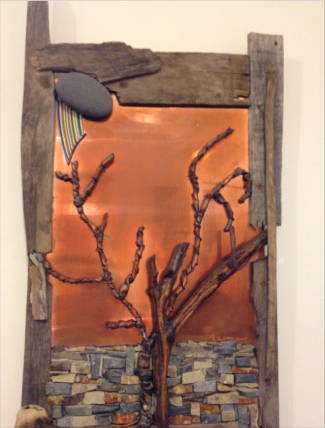 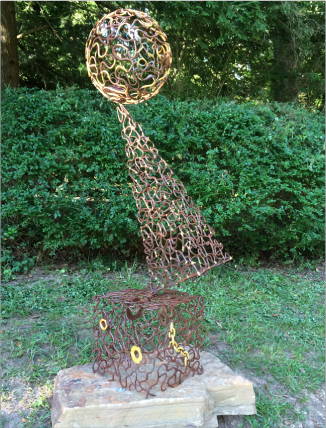 How did a Polish agricultural engineer wind up creating incredible metal art in Birmingham, Alabama? Through self-sacrifice, romance, and creativity.

Reuben Halpern was born in Walbrzych, Poland in 1948. When he was nine, Reuben’s family moved to Israel, where he lived on a kibbutz for several years until his family moved to the town of Kiryat Shmona. It was then that he began creating metal art.

He graduated from Yod Naton, an agricultural school, as a practical engineer in agricultural machinery and farming. Upon graduation, Reuben entered the Israel Army in their Nachal Branch.

In 1968, while patrolling the border at Argamon by tractor, he went over a landmine. Nine months later, still recovering, he returned to civilian life in Kiryat Shmona. There he met his future wife, Karen Adrienne Allen, from Birmingham, AL.

In 1971 Reuben and Karen were married in Haifa, Israel. They had two sons, Jacob and Allen. In 1977 the Halpern family moved to Karen’s hometown. In Alabama, Reuben found great satisfaction working in machinery fabrication, welding, cutting and bonding. He became very creative with abstract and functional metal art.

Today Reuben enjoys working with his wife and sons in their company, K-Chem, Inc. in Birmingham. He and his sons also manage several rental properties. In addition, Reuben works with Rushton Foundation in its farming program. And of course, Reuben spends time in his studio every day creating new metal art.

We hope you will enjoy the metal art of Reuben Halpern. And look for him at different art shows and galleries as he continues to enchant art lovers with his work. Thank you for your patronage.

Complete Your Space & Dazzle Your Friends

If you're looking for the most interesting piece of unique metal art, look no further! Find the masterpiece metal art that perfectly complements your unique personality, with a piece from our Alabama-based, down-south studio.